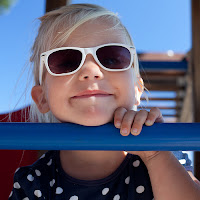 Over the past few days I've been reading Punished by Rewards by Alfie Kohn.  There is a lot to think about in this book, so I'm reflecting on it chapter by chapter.  Up to now I've been thinking about how rewards and punishments affect motivation and achievement, however the chapter I read today delves deeper into how these affect not just behavior, but also a person's deeper values.

As teachers we talk about the necessity of students developing 21st century skills.  These are things like creativity and critical thinking, questioning, collaboration and so on.  We also talk a lot about students developing responsibility, becoming caring, developing self-confidence, being open-minded and so on.  In the PYP these attributes are embedded in the learner profile and in the attitudes that we want students to  demonstrate.  Alfie Kohn writes that rewards and punishments are worthless for helping students develop these values and skills because all they do is produce temporary compliance, rather than building good values.  He writes:

It's interesting that when students are asked what they think good behavior is, they mention things such as following the rules, keeping quiet, not moving around too much, keeping busy with their work and sticking to the schedule.  They see the teacher's role as maintaining discipline, rather than helping students to be reflective or caring.  However Kohn writes, "children do not learn to be moral by learning to obey roles that others make for them."

Ultimately we would like students to be ethical and to avoid doing certain things because they know these actions will have a negative or hurtful affect on themselves or others.  Kohn argues that punishment doesn't contribute to such values, because it just teaches that if students are caught doing something forbidden they will suffer the consequences.  He argues:


Teaching children to think about the consequences (to themselves) of doing something wrong does nothing to nurture a lasting commitment to good values.

In the same way we would like students to be caring towards others, however Kohn shows that the evidence is that students who are rewarded for being caring are less likely to think of themselves as caring or compassionate people.  This is because rewards punish:


It is no less controlling to offer goodies for a desired behavior than to threaten sanctions for its absence.

Posted by Maggie Hos-McGrane at 10:03 PM