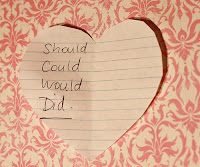 I was interested to read a comment on my first post this week about awards and rewards from @educatoral.  Mr G commented that when he asked students what they felt about doing away with awards at assemblies, the students were angry because they felt that they would not be appreciated if they did not get awards.  It's an interesting idea that in some cases it's the students themselves who want to continue with the awards.

Reading further in Punished by Rewards, I've come to Chapter 8 which is all about why behaviorism doesn't work in the classroom.  Alfie Kohn starts by writing that students when they first arrive at school are enthusiastic and fascinated by learning, however after some years they come to see learning as a chore.  He writes that "if children's enthusiasm is smothered, it is a direct result of something that happens in our schools."

In every school I've worked at I've seen rewards used in one form or another.  The idea behind them is that this motivates the students and improves their performance.  I've also worked at schools where the idea of rewarding teachers for their performance has been suggested.  I left the UK in the 1980s, thankfully, before the 1990s system of inspecting schools was introduced  - OFSTED.  Friends of mine who were still teaching there told me stories of OFSTED visits and how the schools were assessed and then graded on a scale.  League tables of schools were published.  Schools which were judged as "inadequate" were then put into "special measures" - something that it seemed should be avoided at all costs as it allowed teachers, head teachers and the governing body to be dismissed.  I was interested to read the results after almost 20 years of OFSTED visits to schools:  the number of outstanding schools has decreased from 19% to 9% and the number of schools judged to be inadequate has risen from 4% to 10% (figures from March 2010).  Clearly rewarding the "best" schools and "punishing" the worst does not seem to have achieved very much! (In the meantime every single one of my friends who started teaching with me has now left the profession so clearly this wasn't very motivating for them either.)

Getting back to the main topic of this blog post, it's clear that students don't need a lot of artificial incentives in order to motivate them.  Alfie Kohn points out 3 facts about motivation:

Kohn goes on to write about what demotivates students.  Studies have shown that being controlled and forced into a pre-established curriculum works against motivation (which is good news for PYP schools that focus on student inquiry as a way of constructing knowledge - this approach must be more motivating for students).   Kohn writes:

Telling students exactly what they have to do, or using extrinsic incentives to get them to do it, often contributes to feelings of anxiety and even helplessness ... [which] are associated with lower-quality performance.

Now this is the interesting part, which brings me back to Mr G's findings when he asked his students about their feelings on getting rid of awards:  a student's need for rewards "is a reflection of how much s/he has been controlled by rewards and punishments in the past."

Studies of both special education and gifted programmes have shown that rewards lead to lower achievements:  "students led to think mostly about how well they are doing - or even worse, how well they are doing compared to everyone else - are less likely to do well."  Focusing on performance also increases a student's fear of failure:  "Anything that gets children to think primarily about their performance will undermine their interest in learning, their desire to be challenged, and ultimately the extent of their achievement."

I called this post "Motivate and Achieve" because these are two key words in our school's mission statement.  I think these are both wonderful ideals to be working towards and think it's great that we are reading Alfie Kohn's Punished by Rewards so that we can discuss how to effectively motivate students in order that they can achieve their true potential.

Posted by Maggie Hos-McGrane at 1:19 AM