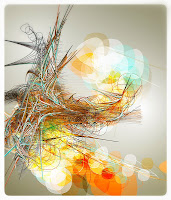 Over the Christmas holidays I've been following a really interesting thread about the role of computer science in schools - and also the role of technology teachers.  Some of the comments in this thread have been extremely negative regarding the NETS skills (communication, creation, digital citizenship and so on) and their impact on education, saying they are nothing to do with computing or technology, calling them simply superficial "computer appreciation" skills, and saying that if we are simply aiming to achieve the NETS then we don't need tech coordinators or computer teachers - any teacher can let the students use technology to create, collaborate and so on.  The deeper argument here seems to be that if we focus on the NETS, then how are we going to end up with students who want to learn programming/computer science?

Others who added to this thread wrote about the importance of teaching programming:  for example as an introduction to logic and as a way of handing the control back and empowering students again.  I really liked the quote "programming reinforces the idea that we create our world as opposed to consume what it offers."

In my experience in international schools programming isn't offered very much.  Although at the past 3 school's I've worked at I have tried to introduce some Logo programming every year (we used MicroWorlds for many years which I found great) and with our really young students I've used Roamers and BeeBots to help them learn how to programme simple floor or table-top robots, I've still noticed that a lot of the real programming happens as an after school robotics activity, such as a Lego Mindstorms club, that students can opt into if they are interested.  Programming is hard, and at times quite boring and frustrating, and I can see why schools have turned away from it and focused on things like video editing which are more engaging for students.  I've looked at Scratch too, but I wonder whether drag and drop is successful in developing an understanding of what is going on behind the scenes, and I've heard students say that it is "clunky".  Basically what we are seeing is, as one contributor to the discussion wrote (I am paraphrasing here) - the logical progression is to learn how to build and then become an architect, whereas what we are doing in schools is simply teaching how to lay bricks.  This thread is still very active, just now I received a link to a blog about what would happen if students didn't learn maths in elementary school (the analogy is drawn with the current situation of not teaching programming in K-12, and how this is affecting US achievements in computer science, compared with other countries )

Next week I'm going to look at a new programming tool called Tynker which has lessons for 3-5th grade and 6-8 grade students.  The idea is fairly simple:  the teacher picks a lesson and sends it to the class, students receive it as a mission to complete and when finished they submit it.  There are tutorials for the students to work through if they get stuck - and all this is online and appears to work on any device (which gets round the question of teaching programming if students only have an iPad or other tablet device).  At the end of the process students have programmed a simple app which they can share with their friends.    I'll blog again next week after a Google Hangout with the Tynker people in the US and I'll let you know what I think.  I'm also interested in trying out the Raspberry Pi that I picked up last summer at the Raspberry Jam at Cambridge University with students.  The Raspberry Pi is a credit-card sized computer that aims to inspire children to programme.  For those who are interested here is an Education Manual for the Raspberry Pi from James Abela's website.

Photo Credit:  This isn't flying.  This is falling with style by Gwen Vanhee, 2009

Posted by Maggie Hos-McGrane at 10:03 PM