Challenges and opportunities of globalization 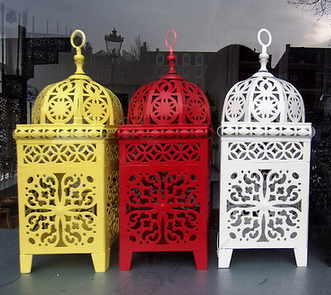 Over the Christmas/New Year period I was in the UK, and one of the main news stories there was what would happen when the borders opened on 1st January to economic migrants from the new EU countries of Bulgaria and Romania.  I remember similar discussions happening years ago when it was predicted that millions of Poles would move to the UK for work, "stealing" jobs from the British by undercutting wages.  My actual experience of that was very mixed.  While I did notice more Polish books in the local library, jobs being posted in Polish in the local job centre and announcements being made on the Easyjet flights to Warsaw now being made in Polish first, in general I think the economy was stimulated.  There were more people - so more demand for goods and services.  And many Polish workers came to the UK to do jobs that British people didn't want to do - such as harvesting or hospital cleaning - and they worked for minimum wages which for sure kept the prices of food and services low and therefore more affordable.

I'm preparing for an in-school PYP workshop this coming weekend, and I had the opportunity to search for a more up-to-date video of The Miniature Earth.  I was curious to see just how the statistics had changed since I last led a workshop for the PYP a couple of years ago.  At the same time I went onto the OCC and downloaded George Walkers's paper from 2011 about the past, present and future faces of international education.  In preparing for the workshop session on international mindedness, I thought it would be good to consider both the opportunities and the challenges of globalization, and whether international schools and international mindedness can really make a difference.  George identified 4 major challenges:  diversity, complexity, sustainability and inequality.

Diversity:  George points out that the impact of migration is that there is "no longer much of a fit between national frontiers, language and culture".  While international schools often embrace diversity, many countries are becoming increasingly xenophobic.  When I lived in Switzerland, for example, there was alarm in some sections of the population about being swamped by migrants.  Red, black and white coloured posters appeared showing boots marching into Switzerland and while I was there I was sad to see that the building of minarets was banned following a referendum.  George Walker, however, points out that professionals often welcome immigration - economists are happy because migrant labour is the backbone of many economies, scientists point to a diverse gene pool leading to a healthier population and artists point out the cultural enrichment of a diverse population.  Immigration to these people is seen more as an opportunity than a challenge.

Complexity: Having lived in 2 Asian countries as well as 4 European countries I can certainly attest to the fact that there are differences in Eastern and Western outlooks and personalities.  I agree that the international school focus on critical thinking, flexibility, compromise and understanding can help to bridge the gap between the two different cultures.  My own children benefitted enormously from spending their formative teenage years in Asia - I truly believe the different perspectives they encountered made them the people that they are today.

Sustainability:  This is a huge global issue and covers many topics such as the destruction of habitats, the depletion of non-renewable resources, pollution and waste disposal.  Inquiry and the scrutiny of scientific evidence is studied in all 3 IB programmes.  Understanding such complex issues - and from multiple perspectives - can surely only increase the chances of finding solutions.

Inequality:  We are told that the gap between and within countries is growing wider every year.  This was certainly borne out by the new statistics in the Miniature Earth video (embedded below).  George Walker points out that "according to the IB mission statement, its programmes encourage students across the world to become active, compassionate, lifelong learners.  This statement brings together knowledge, concern and action."

Some years ago I read the book Five Minds for the Future by Howard Gardner.  You can find some of my reflections on this book on my blog here.  Gardner writes about how the future world will need disciplined minds, synthesizing minds, creative minds, respectful minds and ethical minds.  It is the aim of the IB programmes to provide a balance between disciplinary and transdisciplinary learning, the development of critical thinking skills, intercultural understanding and ethical values.